Sorry for the rush job, but there were TWO Algebra tests back-to-back, one day after the other. Here is Part 1 for the Common Core exam. As always, images will be added as time permits.

1. The cost of airing a commercial on television is modeled by the function C(n) = 110n + 900, where n is the number of times the commercial is aired. Based on this model, which statement is true?

(3) The commercial costs $900 to produce and $110 each time it is aired. None of the other choices fit the function.

2. The graph below represents a jogger's speed during her 20-minute jog around her neighborhood.

Which statement best describes what the jogger was doing during the 9-12 minute interval of her jog?

(4) She was jogging at a constant rate. The y-axis is speed, and it doesn't change during that interval -- it's flat.

3. If the area of a rectangle is expressed as x4 - 9y2, then the product of the legnth and the width of the rectange could be expressed as

4. Which table represents a function?

(3) Only table three doesn't repeat any x values. No x value can have multiple f(x) values associated with it.

5. Which inequality is represented in the graph below?

(1) y > -3x + 4. The graph is shaded above the line, and the y-intercept is 4. That is enough information to give you the correct choice. 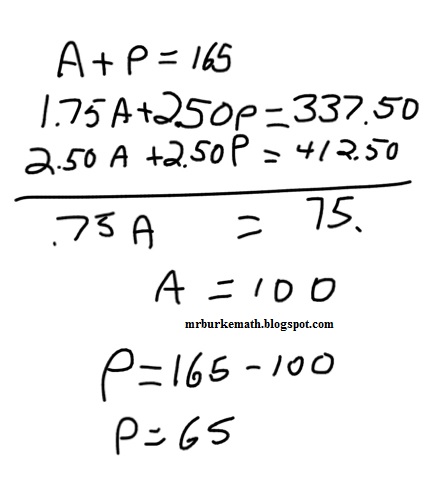 7. Morgan can start wrestling at age 5 in Division 1. He remains in that division until he next odd birthday when he is required to move up to the next division level. Which graph correctly represents this information.

8. Which statement is not always true?

The domain of the function is

11.Joey enlarged a 3-inch by 5-inch photograph on a copy machine. he enlarged it four times. The table below shows the area of the photograph after each enlargement.

What is the average rate of change of the area from the original photograph to the fourth enlargement, to the nearest tenth?

13. A laboratory technician studied the population growth of a colony of bacteria. He recorded the number of bacteria every other day, as shown in the partial table below.

Which function would accurately model the technician's data?

14. Which quadratic function has the largest maximum?

16. Beverly did a study this past spring using data she collected from a cafeteria. She recorded data weekly for ice cream sales and soda sales. Beverly found the line of best fit and the correlation coefficient as shown in the diagram below.

(2) III, only. The correlation constant is .96, which shows a strong connection. There's nothing to indicate increased hungry or thirst. (When I'm hungry, I don't think "ice cream!", for example.) This is one of those cases that fits the expression "correlation does not prove causation". Something else (like rising or falling temperatures) could be causing sales of each to rise or fall at the same time.

(4) 0.017%.
(2) 1.7%. This is a straight definition question. Keep this question in mind in PART 2 when you have to write a compound interest formula. It's a good example with numbers, as opposed to the formal definition in the reference table. Move the decimal two places over to get the percent.

18. When directed to solve a quadratic equation by completing the square, Sam arrived at the equation (x - 5/2)2 = 13/4. Which equation could have been the original equation given to Sam?

19. The distance a free falling object has traveled can be modeled by the equation d = 1/2 at2, where a is acceleration due to gravity and t is the amount of time the object has fallen. What is t in terms of a and d? 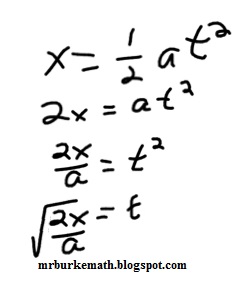 20. The table below shows the annual salaries for the 24 member of a professional sports team in terms of millions of dollars. [table omitted] The team signs an additional player to a contract worth 10 million dollars per year. Which statement about the median and the mean is true?

(3) Only the mean will increase. DO NOT CALCULATE THE MEAN!! Seriously. Look at the table. The mean must be between 0.5 and 7.2. The number 10 MUST be higher than the mean, so the new average will go up.

A correct next step in the solution of the problem is

22. A pattern of blocks is shown below.

If the pattern continues, which formula(s) could be used to determine the number of blocks in the nth term?

(3) II and III. II shows the recursive formula and III shows the explicit formula. The first formula makes no sense -- it increases by 1 instead of 4.

(1) x = 4 +2(10)^(.5) You have two choices. The easiest is to complete the square again. If you forgot how, then you can use the Quadratic formula, which is on the reference sheet. Obviously, from the choices, straight factoring is not an option. 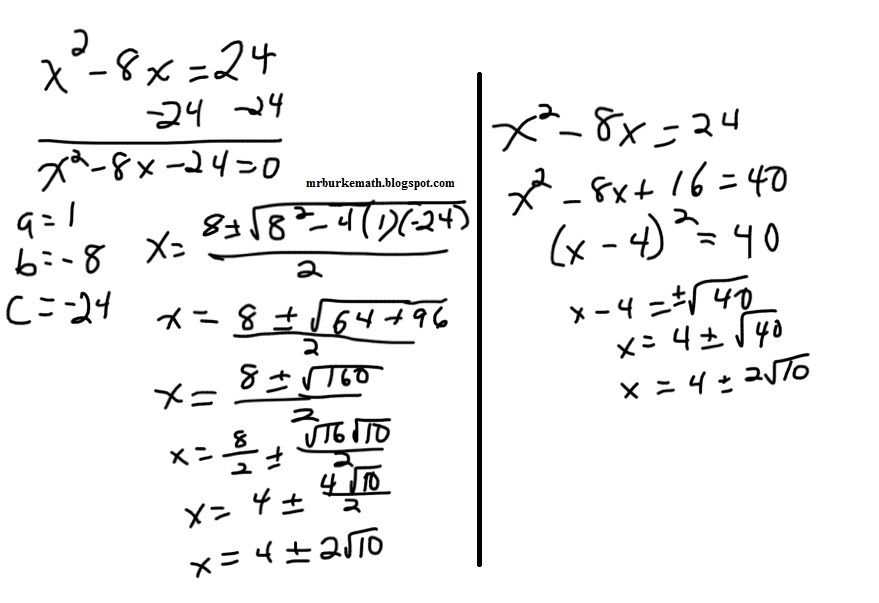 24. Natasha is planning a school celebration and wants to have live music and food for everyone who attends. She has found a band that will charge her $750 and a caterer who will provide snacks and drinks for $2.25 per person. If her goal is to keep the average cost per person between $2.75 and $3.25, how many people, p, must attend?